Today was a very relaxing day.

Yiorgos and I woke around 11am after a late night of blogging and checking sport scores (you can guess who did which activity). Immediately after waking up we gathered our things and began our 3 hour journey back to Larissa. 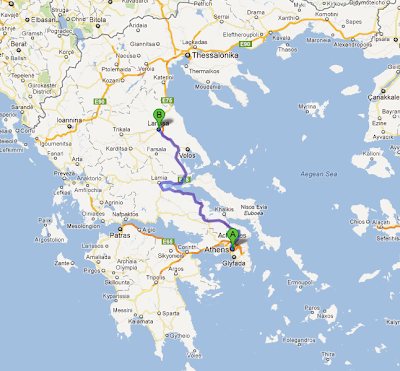 One thing that I failed to mention on our trip to Athens is that the toll expenses are crazy! To drive from Larissa to Athens and back cost about 60 euros (about $75 - $80). This doesn't include the gas cost, which is also a bit over the top right now. Gas is around 1.89 euros / liter which translates to about...

Think about this! There are 3.79 liters in a gallon. The exchange rate to convert Euros to US Dollars today is 1.32. Let's pause and do some math:

We should probably stop complaining about the gas prices in the states. We have it very good with our $3.89 gas prices. That's less than half of what our European brothers and sisters are paying. 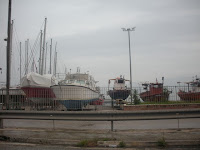 So anyway, on our way back, we stopped and got some ice cream and coffee. But mostly just cruised home at a nice pace listening to the radio.

When we arrived back in Larissa, we stopped and got a huge sack of pastries and came back to Yiorgos house and had a "bachelors lunch". Around this time, the sleepy's were kicking in, so Yiorgos took a nap and I sat out on the couch and watched King of Kings (in english), balanced the checkbook, and caught up on some last minute debugging with a project for work. Yes, this is what I do when I'm bored. :) 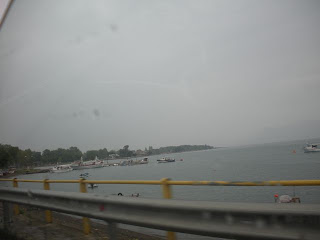 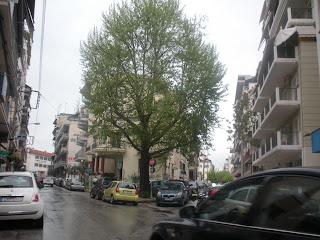 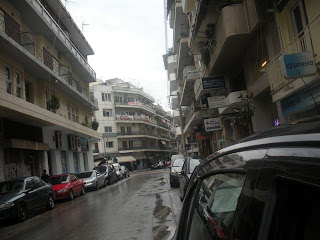 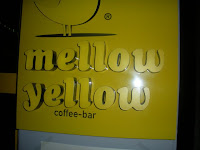 Around 8:30pm, Yiorgos woke up and we got ready to go out to a local bar to meet with his friends and have some drinks. We stopped to pick up Alexandra and Thenassis at their houses, and then we met up arrived at the bar around 11pm. The bar was named Mellow Yellow and it was pretty crowded. As it turns out there was no music on this particular day only, because it was "Good Friday". This is the only day of the year that they don't play music. Lucky us. :) Regardless, we had a blast. The table was full with many of Yiorgos friends: Thenassis, Panos, Vassilis, Ilya, Fanni and a few others joined throughout the night to say hello here and there. 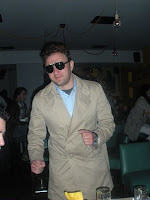 I mostly drank Johnny Walker and Haid; I'm actually enjoying these types of drinks for a change. I'm mostly a social drinker (honestly, I don't drink) and usually drink beer in these social situations. It's a nice change to not pound my gut with huge beers while still having a good time. As the night went on, I had a few more surprises from the group.

One of the bartenders (also named Yiorgos) was super friendly and he bought me 2 shots of Vodka at the bar; just he and I. He asked my age and I looked at my watch to find that it was officially my birthday. So I told him my new age (ie. 34) and he got very excited and felt the urge to buy me some shots to celebrate. I was so thankful and really enjoyed his company. We tried to talk for about 5 minutes before he had to get back to work. 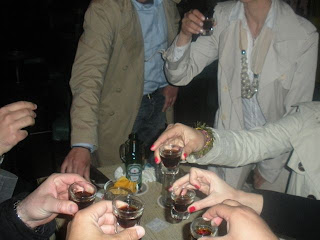 Another round of Jaeger Shots

A couple of times throughout the night the group would do a round of Jaegermeister shots. Therefore, I was feeling pretty good by the end of the night. Thenassis and I had a lot of conversation and I see why Yiorgos is friends with him and Michos; great people! We talked about all kinds of things and his english is much better than he thinks. I appreciated the fact that he spoke English even when he wasn't talking to me, because it let me stay involved in the conversations. 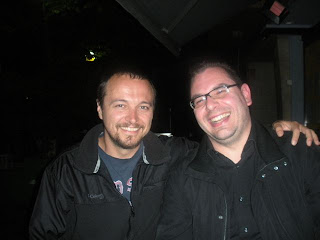 We ended the night with one more Jaegermeister shot and headed home around 2am. Yiorgos and I stopped at an all-night Gyros restaurant and ordered some food to take back to the room. I got to taste an authentic Sadziki Gyro. It had french fries, pork, lettuce, and a few other delicious toppings. We ate them on the terrace and then crashed around 2:30am. 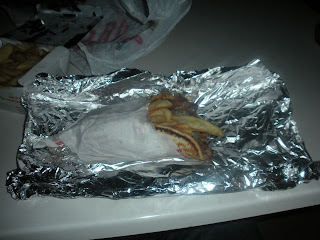