Today was another great day! I'd chalk this one up as an awesome "Ghobad Family Day". I woke around 8:30, only to hit snooze and wake (officially) at 9:20 am. The idea was that Rita would be home a little after 9:00 am with some breakfast, so I set my alarm for 8:30 to try and be ready... when I woke @ 8:30, I realized that it required zero preparation and gladly fell back asleep for a while. :)

Around 9:20 I stumbled upstairs and joined Jonathan and Rita for some bread with various spreads. She also made some filtered coffee from a french press coffee container for us to enjoye. It was perfect! Oddly the French Press coffee reminds me of Russia. This was the last time I had seen or used a "french press"(ie. "frencheski press") coffee container, and in Russia I drank from this every single day. We sat around the table and laughed at Jonathan being silly, and then we got ready for a nice relaxing walk through the local forest. 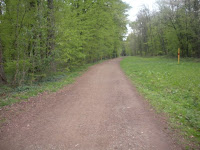 The walk was great. It actually started to sprinkle a bit, but we didn't mind. Jonathan was very relaxed and didn't make a peep the entire time. Rita and I talked about all kinds of things and just enjoyed the nature around us. This morning (breakfast and the walk) was really the first time I'd ever spent one-on-one time with Rita. Typically we are surrounded by a herd of kids or other chaos. She and Dariush compliment each other very well. They are both so relaxed and genuinely great people. 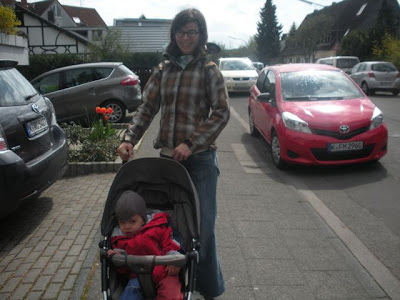 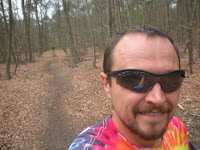 Upon returning, Rita and Jonathan decided to take a little mid-day nap. This was a great time for me to change into some running clothes and try to get lost again. :) This time, I tried to stick to the nature trails as much as possible and avoid the city streets. There are so many forests around here, and they are all open to the public. This is very much unlike rural America. Most times, when you see woods in the states, they are somebody's property. Here they are open to the public, which (as a trail runner) I simply LOVE!

At one point, I realized I was lost (again). It was my goal, and I'd accomplished it. I tried to keep my bearings, but the further I went, the more I realized I wasn't quite sure where I was anymore. I eventually stopped and asked a lady how to get back to "Theilenbruch"... She said "Oh, wow... go maybe 1 kilometer this way then turn right, then left, then right". I tried repeating it to her and then she suggested to go until I wasn't sure and then ask somebody else. We shared some jokes and I was back on my way through the trails. So much fun! 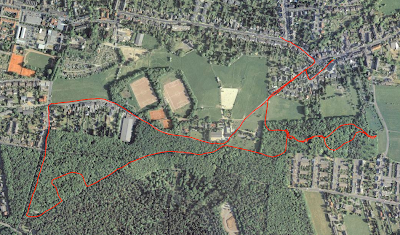 When I returned, I took a quick shower and then Dariush came to pick me up so that we could pick up Nouchine from Kindergarten. In Germany, Kindergarten is the same as our "pre-school", whereas Pre-school is the same as our "Kindergarten". It's exactly backwards, but makes more sense in Germany than in the States if you ask me. "Kinder" means "child" and "garten" means "garden", therefore "kinder-garten" is a "child garden". Whereas "pre-school" is "before-school". Duh. America is wrong, Germany wins. :) All the way back home, Mila and Nouchine held a little conversation where I understood nothing but cuteness. At one point Dariush had me telling Mila that my name was also Nouchine (ie. "Ich bin Nouchine"). She wasn't buying it... :) 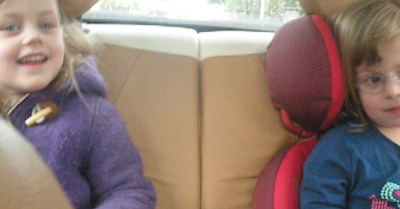 After dropping Nouching and Mila off back at Dariush's house, he and I headed to the grocery store (Aldi's) to pick up some food for a cook out. We got lots of stuff and brought it back to the house where we began to prepare for the evenings event. Dariush and I were in charge of the kids and the meat; Rita was in charge of everything else (the salad, the fries, preparing the table, drinks, plates, etc..). I had another pot of french-press coffee and a nice beer to assist me with entertaining the kids. 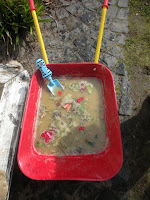 My job was very easy; I simply pushed Jonathan on the swing and jabbered with him, while Mila and Nouchine were making a "Baum Salat" (ie. "Tree Salad"). Basically they were picking tons of leaves off of a helpless tree in the back yard and were throwing them into a small wheel barrow full of water and sand. I was the "wassen-mann" (ie. water-man) who was in charge of the spigot. Every minute or so they would come up to me and jabber in "kinder-German" asking me to fill their water containers. How could anybody say no!? It was fun for everybody and the salad looked delicious. :) 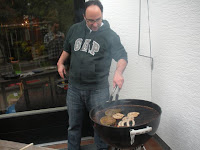 Dariush was in charge of the grill and the food smelled amazing. I'm sure the neighbors would agree. He had a large array of different sausages, some chicken, some beef, and some pork. At the dinner table, we had amazing salad (no, not Tree Salad) with some feta, fresh bread, french fries, fresh cut vegetables, and this huge selection of different meats. We all had a great time and everybody ate enough to walk away miserably happy (the only way to cook out).

Best yet, we actually just beat the rain. As soon as dinner was finishing up, the skies let loose and it poured "buckets" for about 10-15 minutes. 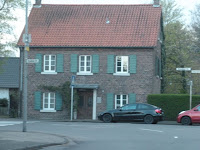 Sometime after dinner, Mila's mom came to pick her up and she and Rita talked for quite a while in the foyer area with all the kids running around. Shortly there-after, Dariush and I picked up the house while Rita put Jonathan down for bed. Once all the kids had gone home / fallen asleep, Dariush and I put on our walking shoes and headed out for an evening stroll. He took me down his street to a nice little Italian Ice Cream parlor near his village. From there we took a back-road home past a beautiful cemetery and past some nice farm pastures before getting back into his village. I got to see what a quaint little German village actually looked like; small cars, narrow roads, quiet / friendly people living simple lives in simple houses. The walk took us about 20-30 minutes and it was exactly what we needed after a fun-filled day. 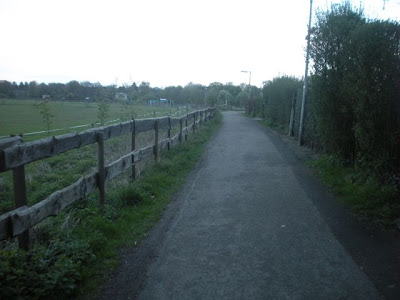 When we returned, Rita, Dariush, and I decided to sit down and watch the Pink Panther (the old one) with a small bag of chips, some chocolates, and a bottle of red wine. The movie was hilarious and I can't believe I'd never seen it. A few times, I thought we were going to wake the kids from laughing so hard. :) After the movie, I came down to my room and talked with the girls for about 20 minutes or so before going to bed. 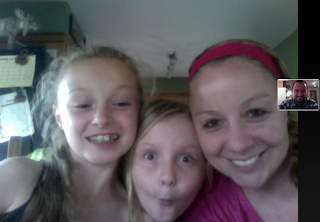 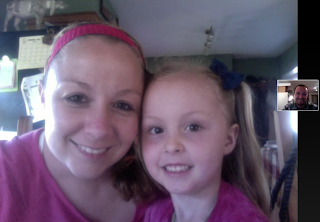 Tomorrow, Dariush has taken the day off of work (so cool) and we're going to play "tourists" in downtown Cologne all day after dropping Nouchine off at "kindergarten". 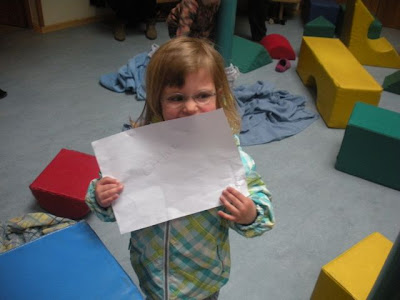 Love all these pictures! Esp. the ones of the countryside and Nouchine!

Look forward to these each Day. Great job, entertaining, and informative. They sure are cute kids.
FYI: If you notice German architecture has access to lumber where the Greeks don't have lumber available without import. Most of of the Greek building is of Stucco or concrete.