Today was a work day. Period. I woke up at noon after a long night and sat at the table in my apartment here working. I worked from about 12 until 8pm, then Bob showed up and we ate dinner with another guy that's going to be staying here for a few days named Terry. We had some yummy egg rolls (or something) and chased them down with wine and coffee. After dinner, Bob and I talked about various work items, and then that was really about the gist of the day... However, there was some excitement that went on last night though that is definitely worth sharing. :)

When Volli and Stefani dropped me off at the airport yesterday, I sat around for quite a while waiting for my flight to board. My flight was delayed about an hour and then the flight itself was very long for me. I was so tired and my legs were cramping so badly. The plane couldn't land fast enough and I only got about 20 minutes of bad quality "shut eye" on that 3 hour flight back to Paris.

When I got back, it was almost 12 o'clock midnight. This meant that the information booth in the airport was closed and I was at the mercy of the computerized train ticket machines. Unfortunately they don't accept euro bills. They only accept euro coins or European credit cards. Neither of which I had in my posession. Therefore, I had to ask a nice fellow to buy me a train ticket with his credit card and then I paid him back in euro's. The ticket was 13.75 euros and then I made my way down to the train which would head into Paris about 20 minutes later.

In order to get back to Val D' Europe, I had to switch trains in Chatalet Les Hales. Here, I waited about another 20 minutes and it wasn't fun at all. The metro would get crazy busy, and then totally empty over and over with every train that stopped. When it got empty, it got kind of freaky, but I didn't let it get to me too much. There was a passed out bum sitting on one of the benches and he had puke all over him and on the ground in front of him. It smelled like beer and he just sat there upright the entire time while people walked by him staring. I was getting sick to my stomach after smelling it for so long, but I wasn't about to go far from where I was. If I missed this train back to Val D' Europe, I'd have to stay here all night. No thank you!

By the time I got back to Val D' Europe, it was almost 1:30 am. I had full intentions on walking back to the apartment because I knew Bob would have an early morning and was probably already in bed. I was almost looking forward to it actually. As it turns out though, Bob was waiting for me to give me a ride back to the apartment. Cool!!

When we got there, we were locked out. That was actually the reason why Bob was at the terminal waiting on me. Apparently his key card was demagnetized and he couldn't get ahold of anybody since it was so later on a Sunday. He decided to go down to the train station and pick me up. He was hoping that my card would unlock the door. I think he said he arrived @ 10:30 and he had been there waiting on me since then... Wow!

So we got back to the apartment, and sure enough... my card didn't work either. We stood there trying to call the 24 hour maintenance service, but they never showed up or called back. Instead we took matters into our own hands and were determined to break in! It was either that, or sleep in the car.

I tried the ol' credit card trick with the key card to see if I could jimmy the latch, but to no avail. Bob tried pounding the window open with the palm of his hand... still no luck. He then looked up at the second story window and said, "if only there was a way to get up there". 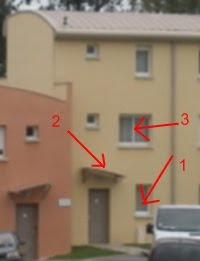 We both knew that the window was probably unlocked, but we had to get up there to see if that was the case. Luckily, I got some mad climbin' skills from working in the tree service business years ago. I was sure I could get up there, and it was really the only way we were going to be able to sleep comfortably, so I made the ascent.

I very quickly got up onto the first window ledge with no problems. In order to get over to the roof, I had to stand on Bob's shoulders and he walked me over to it, while I balanced against the wall. I jumped up onto the roof and then reached over to slide the window to see if it was opened. Sure enough, it opened. Sweet!! Now I just needed to figure out how to get into the window. It was about 4 feet away from me and about 12 feet off the ground. I stood there for about 30 seconds thinking about how I was going to do it, and then just decided to try it.

Success! I pushed myself up and shimmied into the windows onto the floor of what was actually my bedroom. I walked downstairs and unlocked the front door to let Bob in. We were so happy that it worked. We unloaded his car and then sat around and talked til about 3 or 3:30.

After that, I came upstairs and talked to Jen on Skype for a while and she told me all about Daizi's birthday party. So cute!! 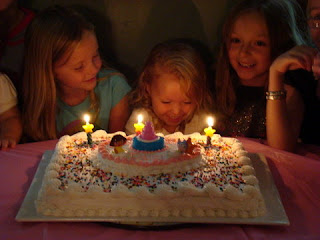 Hey I think your blog is set up really well! I like the race resume especially. How do you set that up? Do you remember the name of the gadget? Thanks and good luck!

Thanks for reading. The "Race Resume" panel is nothing more than a "Text Panel" that I maintain after my races. I get the workout log below that from a utility available from BuckeyeOutdoors.com.