Today was a pretty eventful day. I woke up @ 9:30 and immediately packed my stuff into my luggage. As it turns out, there are a few other people that will be staying here in the apartment, so I had to get my stuff and move to another apartment that was down the road a ways. I knew I had to hurry because I wanted to take the walk into town again to run a few errands before starting my day.

While packing all my clothes, I realized that I brought WAY too many clothes with me. I've been here in Europe for almost two full weeks now, and I've only worn half the clothes that I packed. The only items that I ran out of were t-shirts, but even those I've been able to wash a few times and wear again. I have so many socks, underwear, shorts, pants, and running clothes that I know I'll never wear though. There's actually 2 pair of pants that I've not worn yet, and have no intentions on wearing anytime before I leave. There's also a few dress shirts that I'm not going to wear either. This means that all this stuff is nothing more than extra baggage. Crap! 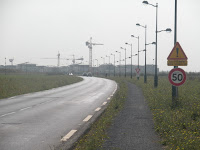 So I was able to get everything packed up into my bags and moved over to the new apartment by around 11am. As soon as I walked in the door, I simply laid my luggage down and headed back out the door towards town. I wanted to mail a few letters to my girls today so that they could get them before I return to the states next week. I considered taking the bus into town, but the bus didn't come for another 30 minutes and I knew I could be there by that time, so I just decided to walk. It's less than a 2 mile walk to town and I thought it would be good to just get some fresh air anyway.

When I got to town, the post office was pretty crowded so I waited in line. When it was my turn I explained to the lady in my best broken french that "Je voudrais a envoyer c'ept lettre a mes petite jolie au Etats Unit" (or "I would like to mail these letters to my little pretty's in the United States". She rattled of a bunch of french and the only thing I caught was "strike" which meant that they would not be able to mail my letters. I then switched to English and said "You can't mail my letters?" delivered with a look of total shock on the side. She then told me that I could mail them through some machine though. So she took me over to the "mail machine" and I had to weigh each letter individually before I could put them in the drop box. We went through all this hassle only to find out that the machine doesn't take Euro bills. I had to have the exact amount in coins (or "les piece"). I wasted about 20 minutes in here for nothing. 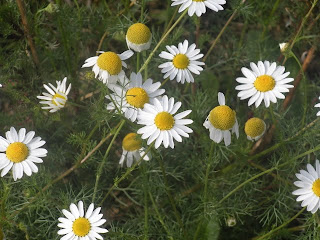 She couldn't change my bill either because of the said "strike", so I had to go somewhere else and get change for my 20 euro bill. I decided to go to McDonalds and order a good ol' fashion American meal. I (of course) got the Big Mac meal and asked the lady for "beacoup de piece s'il vous plait". She gave me about 7 euros in coins, and I headed back to the post office. When I arrived I had to get back in line all over again, just so the lady at the desk could help me through the french prompts again. I know my sister and Madam Waite are holding their heads in their hands right now, but c'est vrait. About 10 minutes later, I had printed the correct postage stickers and mailed the letters to my girls. I was now ready to check the bus schedule.

Low and behold, the bus wasn't coming for another 25 minutes. I decided to hoof it back to the apartment. C'est bon! About 1 mile back, I realized that I was forming a nasty blister on my left foot from my Chaco's. Ouch! Apparently these things weren't made for power walking like I thought they were. I'd never developed a blister from my Chaco's before, but I've been doing some intense walking here in Europe and I think my feet were finally telling me to put some shoes on.
I got back to my apartment around 1:00 and it was time for a shower and work. At around 5 o'clock I realized I was getting hungry, but I had no food and no way to get back into the old apartment which was packed with snacks. I knew the front desk would be closing soon, so I ran over there and had them make me a key so I could get some food. With the key, I was able to make a pot of coffee, slam down some pain au chocolat's and eat a couple bowls of cereal. I knew I wasn't going to be going out to dinner tonight, so before I left, I grabbed a banana, a jar of mandarin oranges, a box of apple juice, and a bottle of water. That was going to be my dinner, and I was perfectly fine with that.

That was pretty much the rest of my night. I talked to Jennifer a few times thoughout the day, so it didn't feel like I was totally disconnected from the world. However, around 12 midnight I'd had enough fun for the day and called it in early... If you know me, you'll know that 12 is early for me. :) Honestly though, I had full intentions on posting this last night, but I was whooped. Therefore, here it is a day late and a euro short...
author: Luc @ 3:25 PM