Today was actually packed with a lot of goodness. I woke up around 8:30 and decided that I was going to run around some places I'd never been. I only wanted to run about 3 miles or so, and I had an idea of where I wanted to venture to. Therefore, I headed out the door around 9am with my Garmin, a stiff back, and a bad case of bed head.

I turned left out of my village and headed down a familiar street. This street only stretched for about 0.5 miles, and I knew that there was a road off of there that I'd never been on and I was gonna see where it led. The weather was perfect and it was early enough that if I did get lost for a mile or two it wouldn't be such a bad thing. 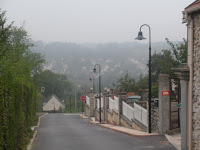 This road that I ventured down took me past some of the most beautiful country side I've seen in a while. At a few spots along my run, I was literally overlooking about 10 miles of rolling french hills coated with fog and layered morning dew. No matter how many pictures I took, I knew it would do no justice to the actual scene. It was the perfect setting that defined natural beauty. It was quiet, just a bit chilly, and you could still smell the morning. It was awesome! I took my time through here and just looked around at all the cute little french houses along the way. The street was very narrow, not like any roads in Ohio really. From this little road, I came out to a little town (or village) with a few restaurants, pubs, and pharmacies. I snapped a few photos: 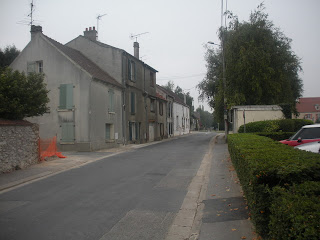 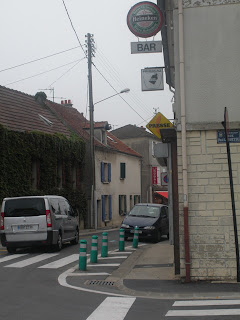 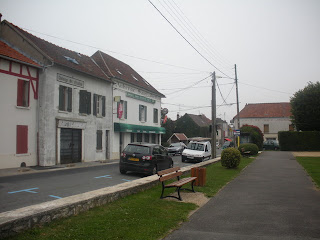 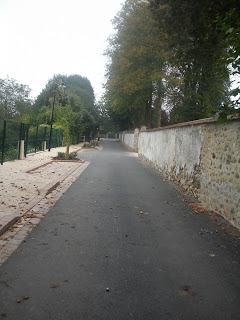 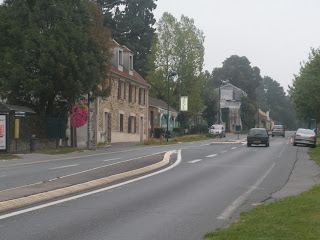 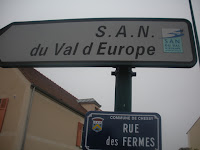 At the time, I didn't know what "S.A.N du Val D'Europe" meant. I thought it was a sign put up for "out of town" runners to use that would point the way back home. Unfortunately this wasn't the case, and in hind sight: duh. I found out later that it's actually a service that assists the development of companies around here to get over various hurdles like business formalities, etc... This is a bit similar to what Volli is doing with his company, CityCompass in Bucharest.

From the castle, I really got lost. I was turned around and some of the roads I was running on had a few turns and so forth so I didn't know if I was turned around or what. At one point, I actually ran down a main road which I don't think was just a regular road, but rather a "highway" of sorts. It sure felt like a highway; there were no houses, no sidewalks, no nothing, just a road with trees on both sides for a mile. It didn't bother me one bit and I just kept on trucking. By the time I got to a major intersection, I was able to kind of find my bearings. I saw a sign for Montevrain and knew that I had to be heading the right direction. I went with my gut and headed that way. As luck had it, it was the right turn and I made it back to my apartment with a nice 5 miler behind me. 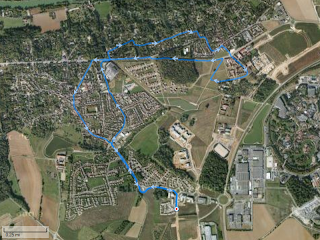 I even took some video's along the way and put them all together as a single 5 minute movie if you're interested.

Warning: This is my first time running and filming at the same time. Have a puke bucket nearby if you are prone to motion sickness. I also recommend that you keep your hands near your volume controls; there are very quiet parts and very loud parts. If you want just turn the volume down and enjoy the French scenery. 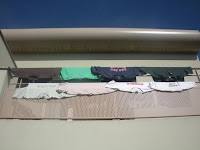 After my run, I came back to the apartment and decided that today was "laundry day". I gathered my euros and headed to the laundromat, across the parking lot. Four euros later, I had my clothes spinning uncontrollably and I was face first into my laptop for the day. An hour later, I got them out and strung them all over my apartment to dry. Today was an absolutely gorgeous day, so my shirts got a front row seat to the sun show off the balcony in my bedroom.

The rest of the day was pretty uneventful. I snuck back over to the old apartment around 3pm and slammed a few bowls of cereal, some cookies, some pringles, some coffee, and a handful of pretzels. Around 4pm, I was able to talk to my girls over skype and that really made my day. I really miss them all and can't wait to see them next week. We've already started deciding which restaurant we're going to eat at after they pick me up from the airport. The fact that we were even having this conversation made me realize that the day is very near... 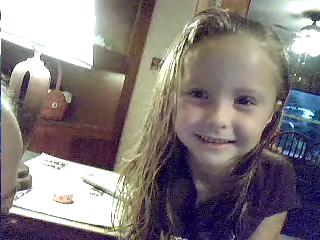 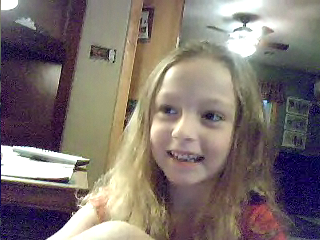 So anyway, around 8pm, Bob and his team came back from their jobs and we all had bow-tie pasta with bread, wine, and German beer for a late dinner. After dinner I came back and finished yesterday's post and wrote up today's post.

Tomorrow is another run day and I may walk to town again to purchase some different munchy foods. I think I've eaten all the good stuff from the old apartment. :)
author: Luc @ 4:11 PM