Note: If you are reading this from Facebook, I recommend that you read my actual blog post (click here) if you want to see my pictures. For some reason, Facebook doesn't always show pictures in my posts and I'm not sure why.

This is actually a 2 day post, but the first day was mostly travel, and it's hard to justify a full post dedicated to air travel and train rides. 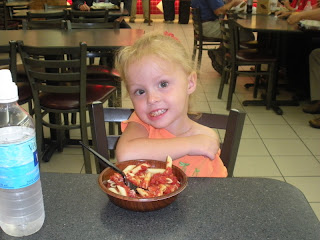 My flight left at 2pm on Wednesday afternoon and I was escorted to the airport by two hotties: Jennifer and Daizi. Lizzie and Jazzy had school, so I had to say my goodbyes to them as they got on the bus. I squeezed them extra hard this morning since I wasn't going to be able to see them for a while. So, Jennifer, Daizi, and I all got to the airport around 11:30 or so and I breezed right through the check-in. It was really the fastest I've ever checked into any airport, ever. I walked up, handed her my passport, she handed me my ticket, and away I went. 1 minute later I was hanging out with Jennifer and Daizi in the food court. After we ate, we all did some shopping at the airport stores for odds and ends. It was Daizi's second time in the airport, but the last time she was at the airport, she was just a little baby. So we can just say that it was her first time in the airport and she LOVED it. She was by far the cutest kid in the Columbus Airport. She was blown away by everything (escalators, elevators, the big sculpture in the middle of the hallway, cops on segways, etc...). So cute!

After our little shopping excursion, I walked Jennifer and Daizi to the van and sent them on their way, then headed toward my gate. I got through security extremely fast as well and this was on course to be a very easy trip so far. My flight to Charlotte was very quick and easy too. It seemed like we went up and came right back down. No problems!

It's amazing how often I've been in this airport, I knew it by heart all most. I knew where the restrooms were, and even a nice restaurant that had good coffee. Unfortunately, I was in a hurry to get to my gate so I could plug in my laptop to charge before the +8 hour flight over the Atlantic. 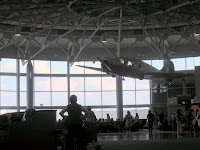 When I got to the boarding gate for the flight to Paris, it made me think of my girls. There was a plane suspending by cords from the ceiling and I know they would have thought it was soooo cool. Therefore, I took a picture for them and hope that they reads my post one day. :P

Before I boarded, I called and talked to Jennifer for a while, and then hopped on the plane after only letting my laptop charge for about 20 minutes.

My seat was smack dab in the middle of the plane. There were 2 window seats, 3 middle seats and 2 other window seats. Of course, my seat was in the middle of the 3 center seats. I was dreading having to sit there for 6 hours... Ugh... Luckily, as soon as I got there, I saw that I would be sitting in between two pretty french women in their mid-20's. I thought... Ok. :) However, shortly after I sat down, another a pretty french girl came up to me and said (with a french accent) "Excuse me sir, I have a window seat and was wondering if you would like to trade me seats so I could sit next to my friends." I couldn't believe it... I said "Absolutely!" I'm sure I was doing her a favor, but she did me a much bigger favor!! So far this has turned out to be the perfect trip.

Once I sat down, an older gentleman came and sat next to me. I immediately stuck my hand out and introduced myself. The guys name was Frank Nye and he was from Fort Lauderdale, Florida. He was a very nice guy and we talked like old friends for a very long time. I was able to get about 2 - 3 hours of uncomfortable sleep in, and then I woke about 1 hour before we landed. Just long enough to get some coffee and a pastry in me before starting my day. I was very happy that I was able to sit next to Frank on this flight, we connected and traded business cards. I told him next time he came through Ohio to give me a call. We'll see... 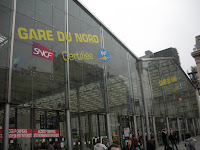 Once I got through the airport, I made my way through customs and bought a one way ticket to le' Gare du Nord where I would meet Bob (my boss). The plan was to find some food and just kill time until 12 pm. Bob was going to be getting off of a train here with his wife and then we were going to go onto the apartment where we could chill out and drop off our luggage. By this time it was going on 9:30, so I only had about 2.5 more hours to kill. However, keep in mind that I had some very heavy (and bulky) luggage with me.

While waiting, I snapped some pictures:

It was cold and rainy outside the Gard du Nord. 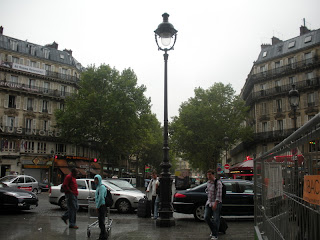 There were about 5 levels of chaos inside the Gard du Nord. 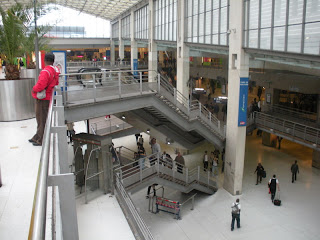 It is so neat seeing these sites again after ~15 years. 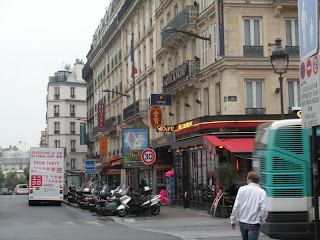 Duh, I had to take this picture. 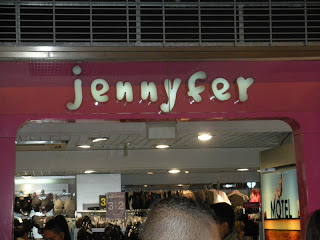 This is where the trains came into the Gard du Nord. Rather impressive. 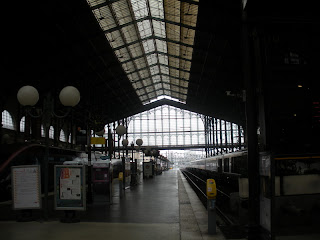 It's amazing how the sights, sounds, and smells take me back to high school when I came over here with the French exchange program. Even the rain on the streets reminded me of my first trip over here and it felt really cool. I recall how everything was so amazing and new back then. It still seemed that way today as I stood outside and took pictures. A few times, I actually got into the mindset of a foreign exchange student and just looked around in awe, amazed by everything. I've thought about getting ahold of my old host families to say hi to them. However, it all depends on if I have enough time this trip. I have a pretty full schedule while I'm over here and know that there is a chance that I could come back again soon. Therefore, I may just hold off for my next visit with Jennifer (and possibly the girls). I would much rather contact them when I have some gifts, or pictures, or just more time.

Around 12:00pm exactly, Bob had found me. Apparently he had been walking around for about 3o minutes looking for me, and the whole time I was standing stationary directly in front of him. :) Yes, the Gard du Nord is very crowded. We wished Michelle (Bob's lovely wife) a safe journey home and then we headed toward the apartment. It was quite a long ride, but it went by very fast, as we were able to catch up with one another for a while.

As we got closer to the apartment, I was starting to "hit the wall" (runner talk) and realized that my eyes needed to close for a while. So it goes without saying that as soon as I got back to the apartment, I tried to open my computer and be productive. However, as soon as I opened up the laptop, I closed it and headed up to my bed where I slept for 2 solid hours. When I woke up, I worked on the computer on the couch for about 6 hours and then we ordered pizza and Coke for delivery. The whole time we were eating, we were also working through some ideas and various schedule conflicts that we might face in the next few days.

Right outside our apartment doors is a pretty nice view and I was able to capture the sunset over the french countryside. Looks pretty cool: 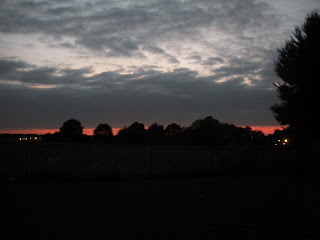 As I was packing it up for the night, Jennifer pinged me and I was able to talk to my girls real quick before they headed to bed. I sure miss them already and can't wait to talk to them again tomorrow evening as they get ready for bed.

Tomorrow, I plan to get a quick run around the area when I wake up. We plan to work here in the apartment most of the day, and then we are meeting up with another colleague in downtown Paris. I think we're going to some fancy restaurant with a killer view. If so, I'll be sure to take some pics. ;)