Phew... Day two is in the bag. It's actually 1:30 am on Saturday morning now and I'm so ready for bed. However, I'd rather stick to my guns and update my blog each night or else I know it will become to epic to try and do two posts tomorrow.

My day was pretty uneventful for the most part. I went to bed extremely late last night (~2am) and woke up this morning around 8:30am. Bob and I ate at the community lobby here in the complex that we're staying. It was pretty nice; sort of like a continental breakfast in a hotel or something, but a little more personal. 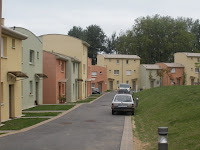 The owner of this complex actually knew that we were going to be eating breakfast, so he set up a nice selection of breakfast foods for us and it had a table set for us and everything. It was pretty nice. I had some Pain du Chocolat (my favorite), some cold cuts of ham, a slice of cheese, a bowl of Cocoa Crispies in warm milk (yes, warm milk), a glass of orange juice, and a couple of cups of some high octane french espresso. Bob and I just sat at the breakfast table and talked for a little over an hour and just started our day very slowly. It was a great way to get started IMO.

Immediately after breakfast, I put on my running shoes and headed out the front door to get acquainted with the local village where I live. As it turns out, the apartment that we are staying in is outside the city of Paris in a little "department" (or suburb) called Montevrain. It was so cool running through the village here on foot. I got to experience so much more by running through the village than I would have ever got in a car or on a train. As I ran through the streets I greeted a few locals with "Bonjour" and a few "Ca va"'s here and there. At one point I was completely lost, but I didn't even care. I knew that I could find my way back at any time, so I just didn't worry about it and kept moving forward. Eventually, I got my bearings and found my way back to the My Suite Village (where I'm staying).

Here are some pics that I took on my run this morning: 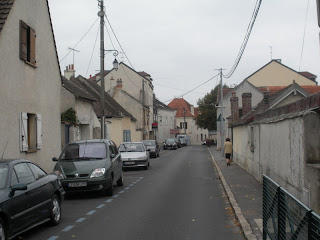 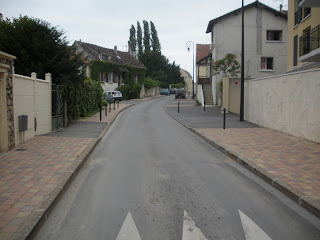 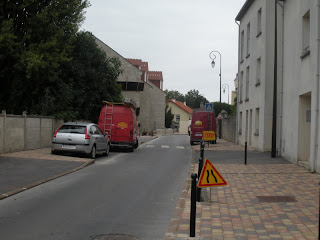 My total distance was just a quick 2.5 miles, and here is what my Garmin map looked like: 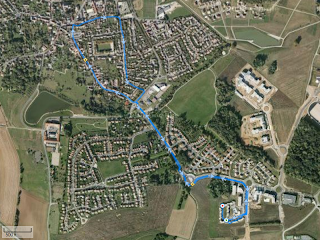 Once I got back, I took a quick shower and then I was off to the office... Which is basically a cherry red couch right by the french doors that lead out to our little french patio. :) 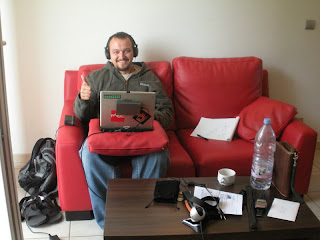 I litterally sat on the couch almost the entire day drinking coffee and coding away on my laptop while Bob was sitting at the table with his laptop about 5 feet from me. Every now and then we'd stop and discuss some architecture changes and doodle on some graph paper... But mostly it was just me and Jim Morrison (on my iPod) with a nice french breeze blowing in the door on me all day. I could get used to these working conditions! :D 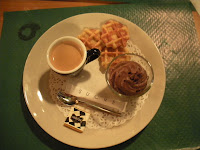 Around 7pm, we canceled our dinner plans into Paris and decided to take the bus to the local town of Chessy Gares. It's a real cute little french town about 3-4 miles from our apartment. While there, we ate at a nice little French Restaurant and I ordered Duck with Salad and Fried Potatoes. Of course we also ordered a bottle of wine, and just had great conversation. By the time we were ready for dessert, I was feeling the wine... I'm such an American when it comes to "wine with dinner". :) Anyway, I ordered some coffee dessert and it was pretty delicious. 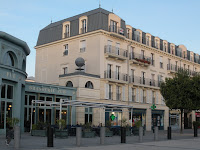 After dinner, we came right back here to the apartment and worked for about an hour or two more, and then I was able to talk to my girls over Skype. It was real cute to see them all on video and we had fun making faces back and forth to each other. Skype is so cool, especially when you are talking to the cutest family in the world on the other end. They told me all about their day and every now and then they would get side tracked by seeing themselves on the monitor. So funny!!

Ok, so here it is almost 2:30 and I'm pretty drained. Tomorrow, or "Today" rather, I'm going to wake up at 7am and get in another quick run, and then we're headed into Paris to meet with another colleague and go over some intense system design stuff. I'm actually really looking forward to it. Yeah, I'm a dork, but I thrive on designing systems, and that is really the theme of tomorrow's work day. I think after we're all done, we're going to get some dinner in Paris... at night! That should make for some amazing pictures on tomorrow's post so be sure to check for another update...
author: Luc @ 6:29 PM