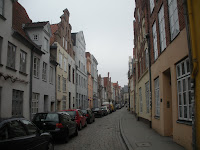 Today was a great day! We woke up around 10 am and had a quick breakfast before heading out the door for a tour around Lubeck on foot. It was amazing to learn so much history about Lubeck. Dariush is a great tour guide, and he was an even more so in his home town. He took me to top of large church tower and we were able to see the four gates that used to protect Lubeck back in medieval times.

Lubeck is actually located on an island in northern Germany. The only way to get into the city is by crossing a river or the canal. In the old days the bridges that crossed these water ways were then met with a large gate which would protect the city from intruders. All of these gates are still in place and have been well preserved in time. 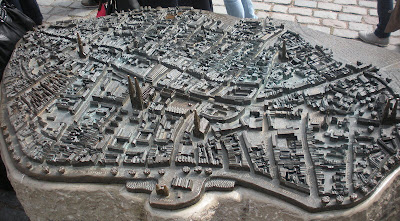 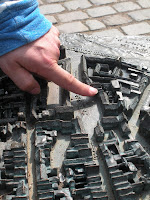 Something amazing is that the house that Dariush grew up in is actually older than the United States of America. We (Americans) think that houses from the 1800's are pretty fantastic and old, here these are considered "newer" houses. :) It was very eye-opening for me to learn this little fact.

During our tour, Dariush showed me where he went to high school, he showed me where he and Rita lived for a short time, and I got to see all of his old "stomping grounds". He had stories for me around every corner and I simply loved every step of the walk. It goes without saying that Lubeck is very different from Ohio or anywhere in the US for that matter. :)

We arrived back at his parents house for a lunch prepared by his father, Kian. It was another amazing Iranian dish consisting of rice, chicken, and little red berries. It tasted like dessert, and was very filling. I was only able to eat half of the plate that his mother gave me. After dinner, we enjoyed some beers and Kian introduced me to a delicious apple whiskey. Ursula insisted that I add a cube of sugar to it, so I obliged and I must say that it really was delicious. :)

It was great to finally meet Dariush's parents after all of these years. We did the math, and Dariush and I have been "brothers" for 19 years now!! It's amazing that I'd never met Ursula and Kian until now. They insisted that I bring Jennifer and the girls over in the future to stay with them and spend more time. I truly hope to do this in the near future! 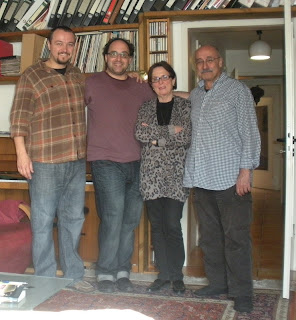 Shortly after lunch, Dariush and I hopped in his car and headed up to northern Lubeck to see the ocean. It was amazing!! The weather was a bit overcast, but as I stated in a previous post, this is the best weather for being a tourist.


... I simply love cold / rainy weather when I visit foreign cities. When I was an exchange student with NHS, we always travelled to France in February. Therefore, it was typically windy, rainy, and cold everywhere we went. The same was true for my last visit to Europe as well. Also, I think it's safe to say that "cold / windy" is an adequate description for my time in Siberia as well. After all these experiences what some might call gross weather, I've learned to associate it with tourism. I honestly love wet and windy weather when visiting foreign places...


The ocean was beautiful and the birds added a nice nautical aspect to it, they were everywhere. :) There were very few people out due to the weather, but I understand that it is a major tourist attraction in the summer. Dariush and I spent a few hours here walking up and down the boardwalk and snapping pictures. Around 5:30 pm Dariush dropped me off at the train station, so I could begin my next journey to Berlin to visit with Volli and Stefani. 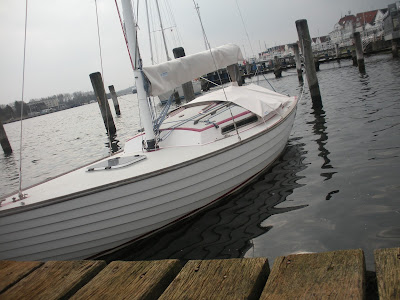 The train ride was pretty cool! I got to see a lot of the German countryside. It was beautiful and I found myself getting lost in all of the history that took place here. The train ride was about 2.5 hours long and I arrived in the main train station in Berlin around 8:45 pm. This is one of the largest train stations I've ever seen, I think it's even larger than the Gare Du Nord in Paris. It had multiple levels that were inner joined by various escalators and elevators. In hind-sight, I can't believe I didn't take any pictures! 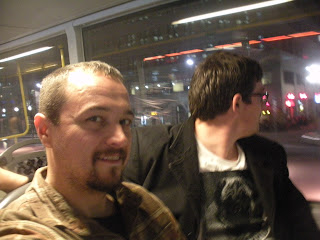 Volli met me outside the doors of the train station and we proceeded to the nearest beer stand to enjoy a beer and catch up for a few minutes before taking the bus back to his house. The evening was absolutely gorgeous with all the bright lights and the mild weather. On our trip back to his house we sat at the front of the upper level on the bus and Volli pointed out various land marks to me. I only remember a few of them, but he assured me that we will be visiting them in the day time tomorrow. I'm very much looking forward to that!

When we arrived back at the house, Stefani was there and we all sat around for about an hour or more just chatting with one another. The kids were asleep, but I'm very excited to see them tomorrow. The last time I saw Henry was when I visited them in Romania back in 2009. He was only 2 years old at that time and that is how I remember him. He's now 5 and judging from the pictures on the walls here at their house, he is a full-grown kid now. :)
author: Luc @ 6:14 AM