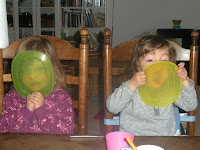 Today was yet another extremely fun day in Germany! I woke up around 9:15 am and had breakfast with Dariush, Rita, Nouchine, and Jonathan. After breakfast, Rita was participating in a community yard sale at the kindergarten. Dariush and I helped pack up the car, and then realized that they were going to need to take both cars. I anxiously offered to watch the kids and told them to take their time.

Babysitting the little Ghobad's was so much fun! No English was spoken and there was a severe communication barrier between the little ones and myself. They brought me German books and wanted me to read them. I did the best I could, and they listened very attentively the entire time. However, I'm positive that I was mispronouncing 9/10ths of the words in these kids books. :) They didn't seem to care, so I kept mutilating the words.

At one point, Dariush came home and I'll be honest I felt a bit releived because I couln't understand them and they couldn't understand me, so it was like herding cats. :) I knew a few words that worked pretty effectively, like "nein" (ie. no) when they would start to destroy things, and "yah!?" (ie. yeah!?) when they would tell me big stories or ask for something that they wanted. That was about the extent of my German, and we had officially run out of things to talk about. :) 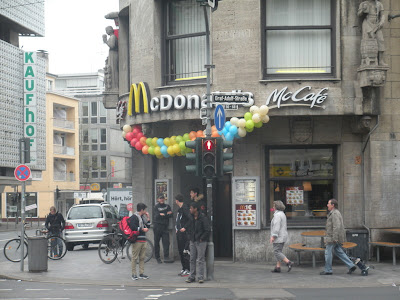 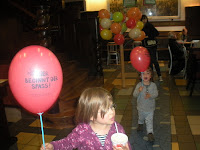 Shortly after Dariush arrived back home, I packed my things and we made the drive to Dusseldorf to drop me off at my hotel, where I would be spending the remainder of my stay here in Germany. When we arrived in Dusseldorf, we all went to the local McDonalds and had a short lunch. We had a great final meal together and then said our goodbyes. I won't see them again for 2 more weeks when Dariush has offered to take me back to the Dusseldorf Airport for my departure. 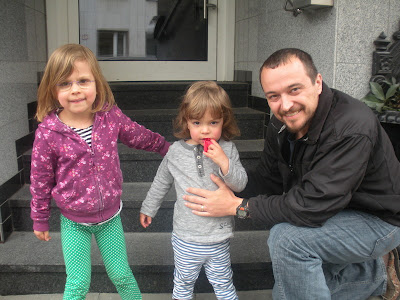 I spent about an hour or so in the hotel getting everything organized and unpacked all of my things since I'll be living here for the next two weeks. Once everything was in order, I contacted Bob on Skype and asked if he wanted to go get a beer down by the Rhein, near the Altstadt. As it turns out, he was in the lobby already so we made our way down for some spanish cuisines, beer, and good conversation. We talked about some amazing new opportunities with InfoPlanIT and as crazy as it may sound, I'm very excited to start coding again!

I came back to the hotel with a high level of excitement... and alcohol content. :) Once I got settled back in, I was able to contact Jennifer on Skype and we talked for quite a while with on video chat. We were really missing each other and had a lot of fun talking to one another... I already can't wait to get back home to her and the girls.