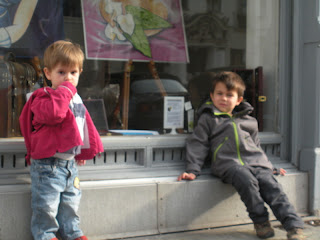 Today was yet another perfect day. I woke up at 8 am and we headed out the door to take Henry and Margaret to Kindergarten. From there, Volli and I took a 6+ mile run around the city. At one point we found ourselves running on an old air strip in Berlin. It was one of the coolest places I've ever ran. The airstrip was an old airport which used to be used by Americans to deliver food and supplies to locals back during the war. Since then, it became an airport, but was shut down and then turned into a public park for locals to use for barbeques and gatherings. We ran down the runway and then back up along the side and it really was one of the coolest things I'd ever done to run down an airplane runway. 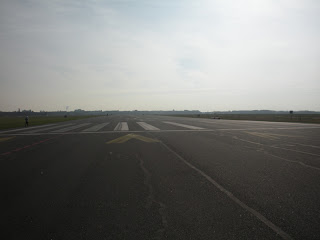 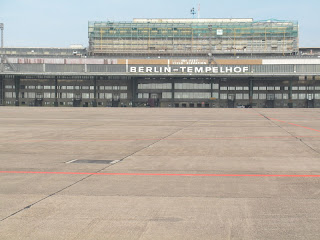 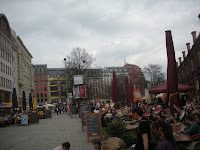 After the run, we came back to the house and Volli had a few Skype meetings, which allowed me to update my blog and just chill out for a few hours before we began our day. When Volli was finished, we headed out for a tour of the old west Germany. Volli took me by many sites and I can't even recall what they were all called, but I can tell you that the architecture of these places were very cool. At one point we found ourselves in a maze of courtyards where people live and tourist shops are setup. 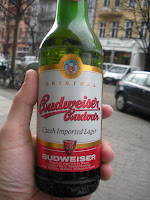 Eventually we stopped at one of Volli's friends cafes and had a few beers and just talked for a couple of hours about nothing. I loved it! It was very relaxing and the weather was absolutely perfect. The place where we were at was to be compared to a Berlin style "Silicon Valley". By this I mean that there were many young start ups in this area and it had a lot of money. It seemed like everyone around us spoke English and they were all pretty young. At the table next to us it appeared to be an informal interview for a programming job. :) There was a girl who was showing off her Ruby on Rails site to some guy who was clearly asking her lots of questions about how she did things and why she did them this way. I couldn't help but eaves drop from time to time and hear their conversation. I felt right at home outside on the sidewalk at this street side cafe. 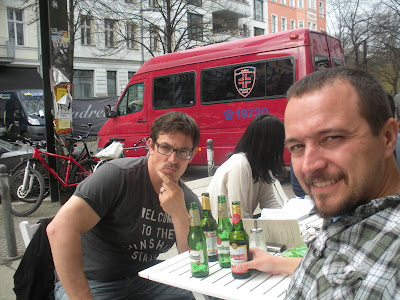 Once we finished our beers, Volli and I continued walking through the streets and we came to a memorial of the old Berlin wall. It was fascinating to see the wall up close. I'd only heard about the wall from my school years and from various news programs from back in the late 80's. We walked up and down the street and saw where the wall once stood. There were some spots along the way where they actually kept the wall up, whereas the rest of it was just placeholders of lined (very thick) rebar. 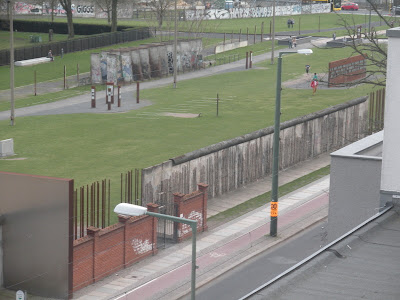 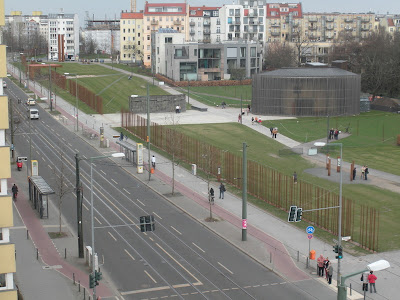 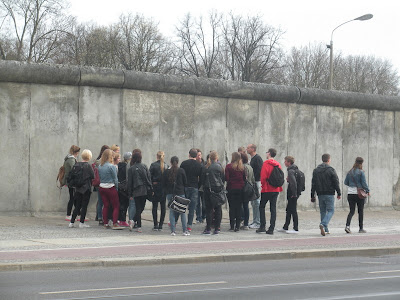 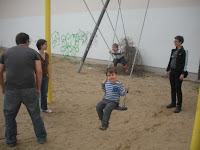 Volli and I made our way to the grocery after visiting the wall and got some food for dinner. On our back home we ran into Stefani and her sister at a local playground where they were hanging out with Henry and Margaret. We stayed at the playground for a while and then headed back to the house for dinner. We ate salad and had various meats and breads. It was a great experience to spend time with them as a family in their dining room. I also appreciated the fact that they spoke English from time to time to keep me involved in their conversations (even when they weren't talking with me). 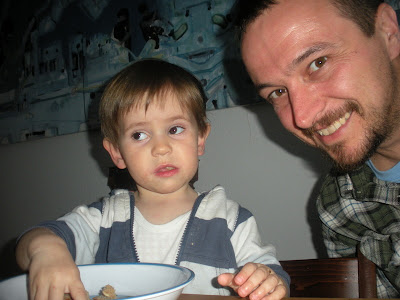 I got to sit next to Margaret :) 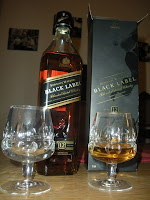 After dinner, they put the kids to bed and Volli and I found Yiorgos on Skype. We cracked open the Johnnie Walker and talked with our Greek brother for about 20 minutes. It was great to talk with him about what's been happening the last year. We sure missed him here in Berlin, but I was able to drink his share of the Johnnie Walker. :) Anytime, brotha!! Til next year!... 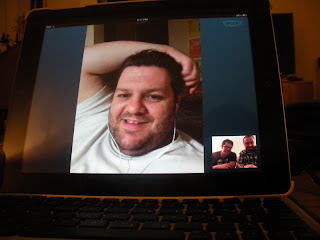 Shortly after the conversation with Yiorgos, I was able to find Jennifer online and we talked on Facebook for about an hour or so. This was the first time I'd been able to connect with her since I left on Saturday, so we had quite a bit to talk about, while at the same time we had nothing to talk about... which was exactly what I wanted to talk about. Actually, this is typically what we talk about... nothing. :)
author: Luc @ 3:56 AM