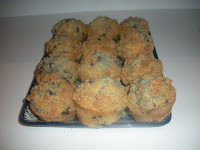 Today was epic. :) First of all, the day started off with home made blueberry muffins. I actually left out the fact that Michelle made fresh blueberry muffins after we got back from dinner with Dariush last night. The smell completely consumed the entire house and Bob and I got to be her taste testers. We thought they tasted amazing, but we had do another test, so we each had another... Yup, they were delicious. :) 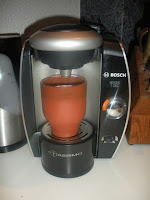 Needless-to-say, we woke up to these delicious gems, and topped them off with some fresh coffee. Then it was off to the office in Dortmund again. The reason today was epic was because I was going to finally meet this guy that everybody has been talking about, by the name of "Bill". I've heard so many stories about this guy, and feel like I know so much about him.

When we got the office, there was a guy sitting in our room and I stood patiently waiting while this guy talked to Bob. I was dying to know if this was Bill or not. After their brief conversation, I said "Are you Bill?", he said "Are you Luc?", and then I knew it had to be him. It was a pleasure to finally meet him. I was ready to go home after that, for it was the only thing I had to do in Dortmund today... Mission accomplished.

Bill, Bob, and I all worked in the office til around noon, and then headed to that delicious restaurant for lunch, Divan's a few kilometers from the office. I ordered the exact same thing that I ordered last time and had no regrets. This stuff was so good! From lunch we headed back to the office and worked a little longer before heading back to the house.

Today was an exciting day for Bob too. He got his new car today. His new ride is a VW Passat with all the fixins. It literally had 10km showing on the dashboard when he got in it today. It was an honor to be his very first passenger today. :) On our way home, we actually stopped at a truck stop along the auto-bahn and were able to geek out with it. We learned all the buttons and knobs and basically just played with it for about 10-15 minutes... Yeah, we're geeks.

By the time we got back on the road, we had figured out how to work the on-screen navigation system. Bob had his iPhone hooked up to the car so he had full access to his contacts, phone numbers, music collection, etc all accessible from a few buttons on his steering wheel. This car impressed the crap out of me. It had even more features that I could go on and on about, but I'll just end now by saying it kicked ass.

When we got back home, I updated my blog for about an hour or so, and then we had a great meat loaf dinner which was prepared by the world famous chef Michelle. It was really good. I mean, really good! I'm a huge meat loaf fan! One of my favorite things about meat loaf is that everybody makes it different, and Michelle's was very good, even though she claimed she "forgot how to make it"! Honestly, it was da-bomb... 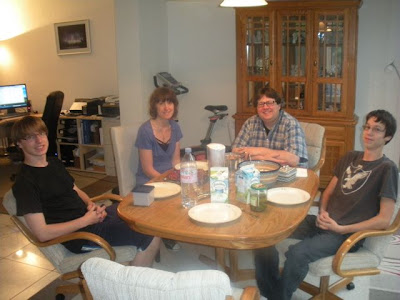 After dinner, we all sat around and enjoyed some laughs and then called it a night around 11pm.
author: Luc @ 9:19 PM