I gave up on my commitment to becoming a hobo before my attempt at the 100 miler. The idea started when we returned from our Florida vacation... I was going to let my beard, moustache, and hair get as long as it could with no trimming of any kind until after I finished the Mohican 100 miler. If I didn't finish Mohican, I would continue to grow it (un-touched) and attempt the distance again at Oil Creek 100 (4 months later). If I didn't finish Oil Creek... well I hadn't thought of that, but I would have probably been forced to cut it then. :) 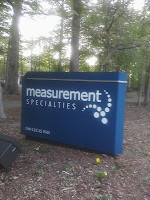 The decision to cut my hair and shave came because I was required to work onsite at a client's corporate office here in Hampton, VA for 4 strait weeks (maybe longer now). I was assured that my "hair project" was not a problem. This was a pretty big deal to me, so I was glad that I got approval to go through with it. Unfortunately, introductions and everyday interactions with my (much cleaner looking) peers was really pulling at me.

When I would introduce myself to unsuspecting business people, I felt like I had to explain why I looked like a slob. I never did explain the reason for my appearance, but I was somehow expecting complete strangers to treat me like a professional. Some said that I shouldn't have worried too much about it, but it was really messing with my psyche. :( I didn't feel professional at all with my scruff sticking out all over the place. Some people were a little standoffish from me when I was introduced to them. I didn't like that, but I understood why they acted the way they did (BTW: Please don't ever do that!).

The bottom line is that first time impressions are a mofo; they stick. I was sending the wrong impression with each new person I met. Dockers, dress shoes, and Polo's had no affect. The face just didn't match the skills or the character. I felt pretty out of place my first two weeks here, and I still had 2+ weeks to go. It was time for me to fix it, and the only way was to bag my idea of becoming Forrest Gump.

I went from this: 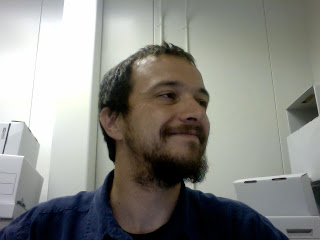 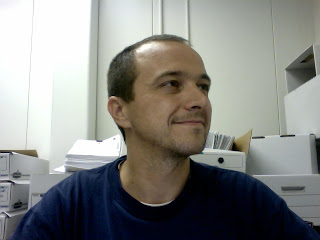 The first day back was pretty weird. Some people had to do a double take. Others just played the "nothing weird here" card, but I could see that people were able to open up to me now. I got some compliments that made me blush, and some crap from a few peers about how young I looked. :) The best thing was that I could now demand respect from others.

Make no mistake! Had I not been required to be here (onsite) in Virginia, my hair would still be growing and I would still have food particles stashed in my beard. The "hair project" will reconvene upon my return to Ohio.
author: Luc @ 3:57 PM

I actually learnt about appearance this year, in my first field placement. Even though I was working with people on welfare that would feel more comfortable relating to me wearing jeans, we had to dress up in order to advocate for clients. If we had to go to a hospital, and talk on behalf of a client, we would have no respect in jeans. It's a stupid rule of the working world, and it's going to prevent me from ever having blue hair again :(