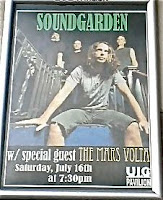 Last weekend me and a few friends traveled to Chicago, IL for a Soundgarden concert. Soundgarden is a grunge band that was real big when I was in high school (back in the 90's). They took a 20 year break and are now touring again with a new album soon to follow. I've always loved their music, but I'd never seen them in concert. When I learned that they were coming to Chicago this year, I was so excited to get tickets and see them live finally. 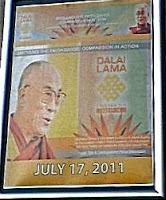 The trip was far from relaxing, but was amazingly awesome. The plan was to drive to Chicago, check in to our hotel, visit the city, rock out to Soundgarden, wake up, see His Holiness - The Dalai Lama, then drive home. Notice how I didn't give much attention to seeing the Dalai Lama. Initially, I didn't really care much about seeing His Holiness live, but that was because I didn't know anything about him. That changes later in my post, and I was so happy to have a chance to see him speak. Anyway, here's how the whole trip unfolded...

Saturday Morning
We all met at Dan's house around 8:45am and left sharply at 9am. I brought my acoustic bass, and Dan brought a djimbe so that we could rock out in the van on the way up and back. Our collaboration was to be known as "Luc and Dan's Jam Van Band". We played all kinds of songs (including Mario Brothers theme song, and many others). The drive was pretty uneventful, but when we got to Chicago, the fun began... 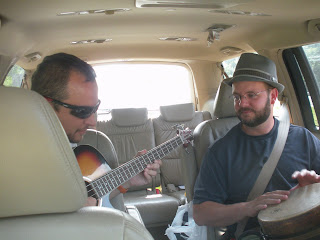 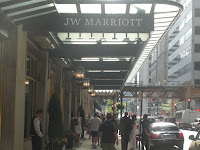 We arrived in Chicago around 3pm (CST) and found some food. Dan and I ate at Al's Beef. It's a restaurant that serves gooey beef sandwiches. At first, I was a bit disgusted by the look and texture of the sandwich, but once I had a few bites, I found the beauty of it. :)

After eating, some of us took a quick nap before the evening events began. While napping, Tyler went out and bought some "fun passes" for all of us. A fun pass is a 24 hour ticket good for traveling around Chicago through public transportation (trains and busses). Upon waking from my slumber, we had a few beers, and then headed to the venue (via the subway). 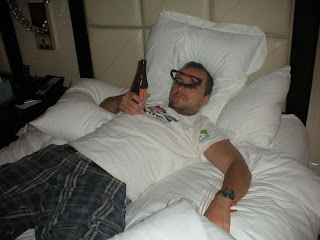 Soundgarden
Ok, so Soundgarden ROCKED! Period. They played about 15-20 songs (set list), and we had floor seats. Basically we stood about 20 yards from the stage and was able to see all of the band members. Chris Cornell (lead singer) has grown his hair back out and was sporting a scruffy beard to boot. Matt Cameron was sporting his business-man look, but with drumsticks in his hands his attire was very fitting (all business). Kim Thayil still looked like a rockin hobo. He has a 12" gray beard and a toboggan hat that covered his head scruff. Ben Sheppard stood to the right and rocked out like a professional rocker. No matter what words I put here, the music can only be described as... well awesome. 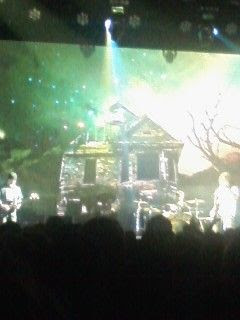 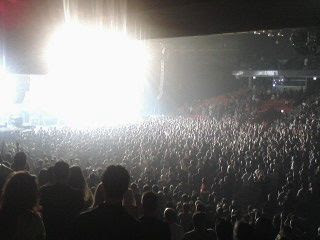 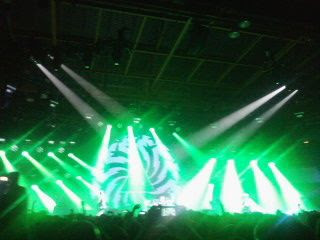 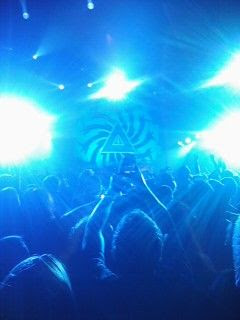 Post Soundgarden
After the show, we ate at a local Irish Pub. I had key lime pie. Mmm. From the pub, we walked back to the hotel and crashed hard. On the way there, we had a little scuff between Dan and I about man drama. It was not cool, but I attribute it to the excess beer and tiredness of the day's events. Regardless, I'm still a bit upset about how it all came to a head the way it did. Apparently things aren't all twinkly in twinkle town like I thought they were, and words flew hard and fast when it was brought to my attention. What was supposed to be a simple gesture of just how we interact turned out to be a big mistake. I've not had anybody talk to me the way that Dan talked to me in a verrrry long time... Even then it didn't come from someone I considered a "good friend". Not cool! 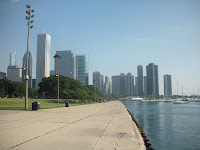 The next morning, I woke up around 8:30am and took a nice 5 mile run around the city by myself. It was very hot and very sunny. I went down to the water's edge and ran along the path the goes around Grant Park. I was able to take lots of cool pictures of the public art that was on display and chilled out by the dock for a while watching the boats and yachts in the water. It was pretty amazing to see so many boats in one place. Chicago is a beautiful place! 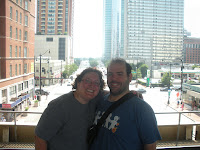 For breakfast, Tyler, Liz, and I walked around looking for a cool place to eat. We went to various places, but they were all slammed packed with 30+ minute waits. We settled on Subway flat bread sandwiches. :) Yum... After breakfast, we went to the Sears Tower to try and take a ride to the top and get some pics from the skybox way high above the city. The wait was 30 minutes and we didn't have enough time to do that before checking out of the hotel. We opted to go back to the room and get things packed up instead.

Pastries on the Outskirts of Chicago
Tyler and Liz knew of a place on the outskirts of town that was known as the "Best Italian Bakery in Chicago". As it turns out, they closed early on Sundays and they were closing shop when we got there. DARN!! It was a hot day and we exerted a lot of energy to get there. No worries though, we opted to just head strait to the venue and get in line for the Dalai Lama event. 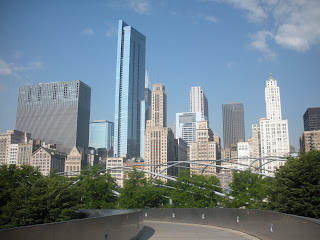 Epic Fail
As we got in line for the Dalai Lama, I realized that I had left my ticket in my Franklin Covey Planner... which I left with concierge back at the hotel. I had exactly 20 minutes to go back to the hotel, get my ticket, and return. The hotel was 4 exits away from the venue, so I booked it. It took me about 30 minutes to do this, but I arrived back at the venue just as the Dalai Lama was coming out on stage. Awesome! I did feel bad for the person sitting next to me though, because I was a sweaty mess. It was about 90º F that day and I was sweating profusely. :)

Dalai Lama
Amazingly, the Dalai Lama was to talk in the same venue as the Soundgarden show. Therefore, the venue workers would have about 12 hours to break down the stage, clean the venue and prepare for the mass amounts of people that next afternoon. Epic. 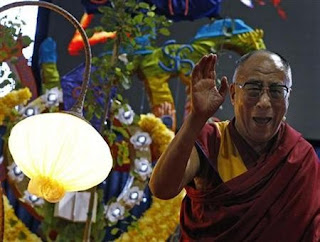 Watching the Dalai Lama speak was really cool. I had no idea who he was before this trip. For example, I thought his NAME was Dalai Lama, and I knew nothing about what he stood for, let alone the history of him hiding in India for the last 50 years as a refuge. Once I learned a bit about who he was and what he stood for, I was excited. To see the Dalai Lama chuckle and laugh was worth the trip entirely. His laugh is contagious. When he laughs, the entire audience had no other option but to laugh along with him. There were some difficulties with the sound and it was very hard to hear him speak at times. Not only was the sound low, but his broken english didn't help. I had to really pay attention to what he was saying at all times. After he spoke, the crowd gave him a huge standing ovation and he watered a few trees that would later be planted around Chicago in his honor. This turned out to be a very inspirational trip for me. I almost enjoyed watching the Dalai Lama speak more than I enjoyed Soundgarden rock out. Not sure which I liked more still...

Homeward Bound
The drive home was really cool. We ended up picking up one of Tyler's cousin's friends and bringing her back with us. We introduced her to "Luc and Dan's Jam Van Band". Between rocking out to our huge collection of music and jamming out on our instruments, the drive was colossal. At one point, Tyler played the horn (ie. the steering wheel horn). Liz played the cell phone. Maeve played the "Nutter Butter Maraka's, Dan played the bass. And I played the Djimbe. Everybody had an instrument and we were rockin! We arrived back in Newark around 1am.